What is consumer genetics?

Several years ago, a small number of companies began selling DNA testing kits directly to consumers (referred to as DTC) via the Internet. This market was made possible, in part, by the decreasing costs of genome analysis. These “consumer genetics” companies offered a broad array of tests that report on a person’s ancestry and health, as well as a number of other traits. Examples range from a person’s ability to taste bitter flavors or the photic sneeze reflex (uncontrollable sneezing when exposed to bright light), to the risk for developing heart disease or diabetes, to how well they may respond to certain medications. Initially, consumer genetics companies did not produce a full genome sequence, like the Human Genome Project, but rather, looked only at sites in the genome that commonly differ between individuals, known as single nucleotide polymorphisms (SNPs). However, with the ever-decreasing cost of genetic sequencing and analysis, as of 2016, a number of companies are beginning to offer full-genome sequencing services to consumers.

Whether people should be able to access their genetic information directly from a company is at the center of an on-going debate amongst doctors, patients, ethicists, politicians and regulatory bodies, such as the United States Food and Drug Administration (FDA). Some people with concerns about DTC testing think that people should only learn about their DNA from a doctor or genetic counselor to ensure that the results are clearly explained. Others argue that people should only learn about risks for disease that are “medically actionable,” i.e., when screening, therapeutics or a change in lifestyle may prevent or treat the disease. People who support DTC testing often find these views paternalistic and think that people have a right to learn about their own DNA if they choose, even if the information they learn is not medically actionable or if the interpretation might change over time.

Some of the original concerns about DTC genetic testing have subsided over the years, while others persist. It was originally thought that health insurers might use the results of a genetic test to deny coverage or raise premiums or that employers could fire people based on their genetic information. Some of these fears were allayed in 2008 when the United States Congress passed the Genetic Information Nondiscrimination Act (GINA), prohibiting these possibilities. Questions linger about the absence of protections for long-term care and life insurance as well as about the accuracy and usefulness of the tests. Still, many companies continue to report the growth of their customer base. There also continues to be privacy concerns about consumers’ DNA data, such as how genetic testing companies are selling (anonymized) data to pharmaceutical companies for research and drug development, as well as the ability of law enforcement agencies to request information from the testing companies.

It is an on-going question whether DTC genetic testing kits should be considered medical devices. As medical devices, they would be subject to the extensive rules and regulations that oversee safety, quality and marketing. In 2010, the FDA held hearings to explore the issue of regulation of genetic testing kits. Though reputable companies use laboratories that have been certified under CLIA (Clinical Laboratory Improvement Amendments), the FDA had concerns about the accuracy of information and counseling given to consumers. The FDA sent letters to a number of companies, and, as a result, some companies left the market or shifted their strategy to require a physician to order the test. In 2013, the FDA ordered 23andMe, one of the leading DTC genetic testing companies, to halt the sale of its product that returned health information to customers (in particular, information about the likelihood that a person will develop various diseases, based on the genetic markers in their genome, along with suggestions about how to reduce the risk). Since then, the company has received FDA approval for some health-related genetic tests and is once again selling such tests directly to consumers in the United States. These include a number of genetic tests for “carrier status” (i.e., tests looking for variants that, if passed on by both parents, can cause disease in their children – including cystic fibrosis and sickle cell anemia), tests that provide information about the genetic risk of several diseases including late-onset Alzheimer’s and Parkinson’s, as well as a test for 3 variants in the BRCA genes that are common causes of breast and ovarian cancers in individuals of Ashkenazi Jewish descent. Notably, the FDA did not approve these tests, but merely authorized them to be sold with certain warning statements and labeling information. Two states – New York and Maryland – prohibit lab tests from being sold directly to consumers, except for tests that have been authorized by the FDA as “over-the-counter” medical devices (which now include 23andMe). Outside of the US (including in Canada and the United Kingdom), the company has been able to continue selling genetic tests that return information about the genetic risk and carrier status for more conditions, as well as predicted response to various drugs.

In the years since the FDA’s initial clampdown on DTC genetic testing, a number of consumer genetics companies started offering “hybrid” models of sales. In such cases, a customer’s order needs to be approved by a physician – either their own doctor, or a doctor arranged by the company whom the patient might never meet. These companies also sometimes provide customers with access to company-affiliated genetic counselors to answer questions about the test results. The FDA has sent letters to some of these companies, questioning the legitimacy of the patient-physician relationship in such cases and indicating that, in the agency’s view, the services fall into the category of medical devices being marketed DTC. Yet other companies are providing the customers with access to an “app store” of software to perform analyses of the genome sequences. This includes software developed by the companies, healthcare providers, or academic researchers. Whether, or how, these and similar consumer genetics products should be regulated remain an active area of discussion in 2018. As the landscape for genetic testing kits continues to evolve, the general argument remains that genetic information could encourage some people to opt for earlier or more frequent medical screenings or adopt lifestyle changes to avoid a specific disease.

*Please note that pgEd does not recommend for or against any specific company named in this article.

Kristen Brown, “Another Reminder That Consumer DNA Tests Are Not 100% Accurate” (Gizmodo, March 2018)

Antonio Regalado, “How to Spend $1,900 on Gene Tests Without Learning a Thing” (MIT Technology Review, October 2017)

Rob Stein, “Routine DNA Sequencing May Be Helpful And Not As Scary As Feared” (National Public Radio, June 2017)

Pim Suwannarat, “Why You Should Think Twice about At-Home Genetic Testing” (US News, July 2016)

“Should Consumers be Allowed to Order their Own Lab Tests?” (The Wall Street Journal, April 2016)

Timothy Caulfield, “The Limits of Personalized Medicine” (The Atlantic, March 2016)

Akshat Rathi, “Your entire genome can now be sequenced for $999—and the results sent to your smartphone” (QZ, March 2016) 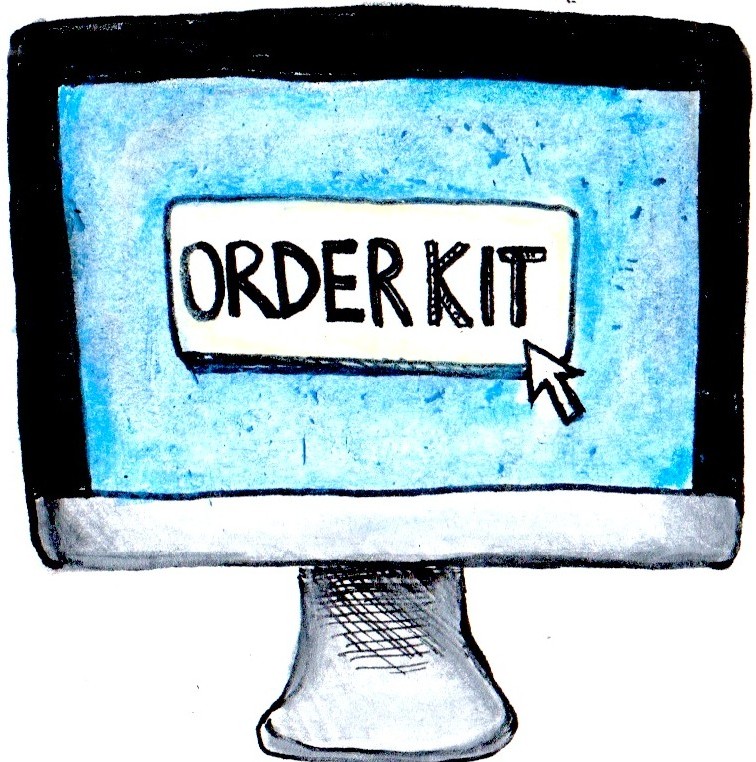