1st ever Map-Ed competition – the results! 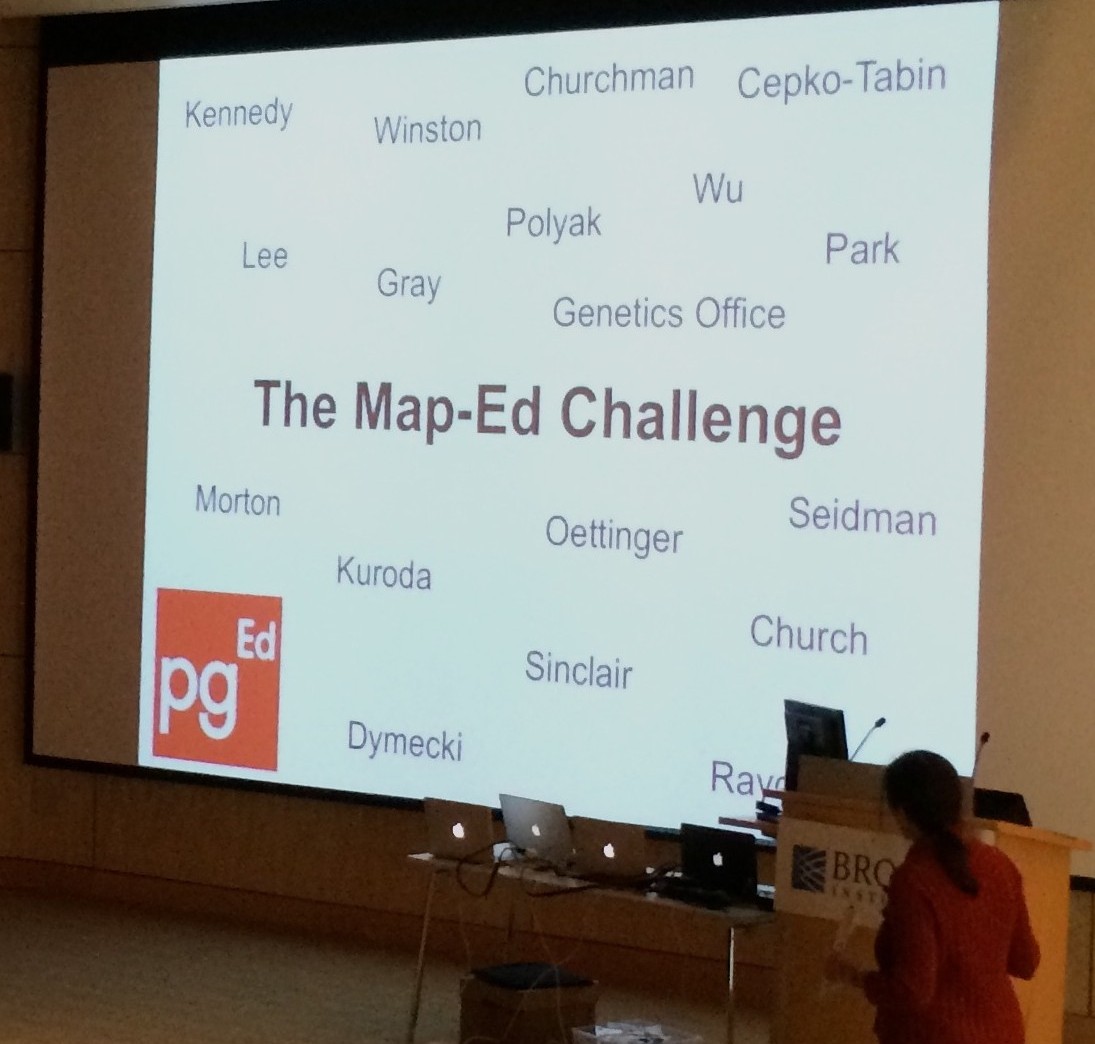 Scientists and staff here in our Department of Genetics at Harvard Medical School just wrapped up pgEd’s first ever Map-Ed competition, going head-to-head to see who could bring in the most pins to Map-Ed. Eighteen teams signed up, and we gave each team its own link to the quizzes (thanks to Autodesk and Sigma-Aldrich for their on-going support for the development and expansion of Map-Ed). 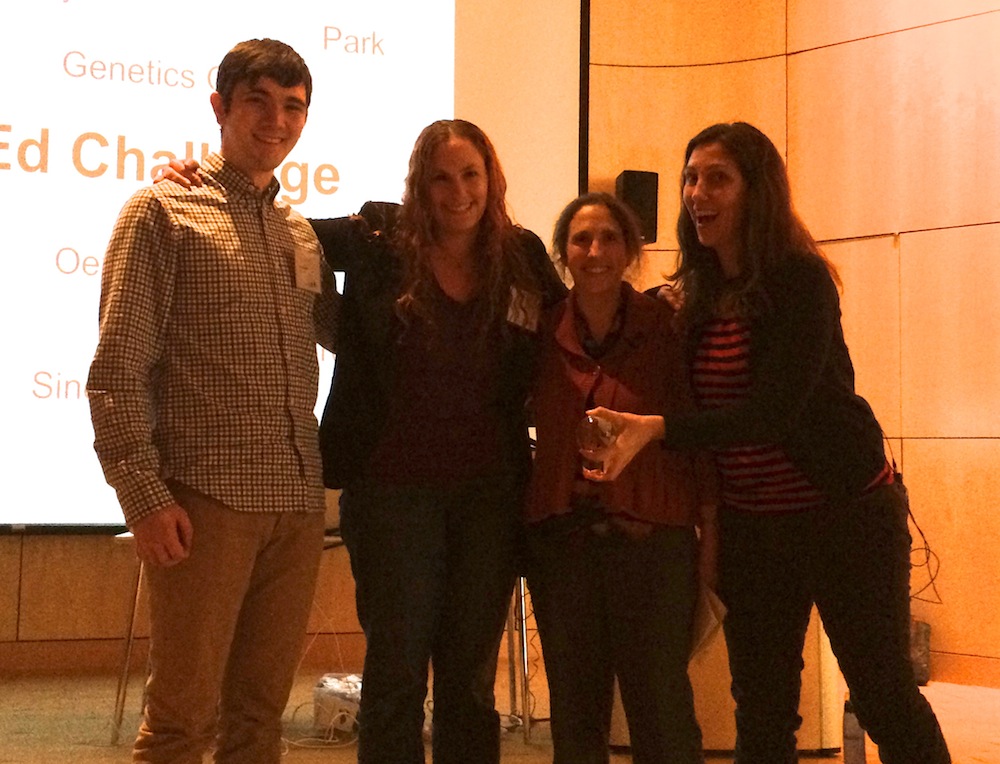 The competition was fierce – teams took to email, Twitter, Facebook, Pinterest, Reddit, even Craigslist. The results were announced at our annual departmental retreat (see below for photos). So, who won? Congratulations to the Gray, Morton, and Sinclair labs for finishing in 1st, 2nd, and 3rd place, respectively! 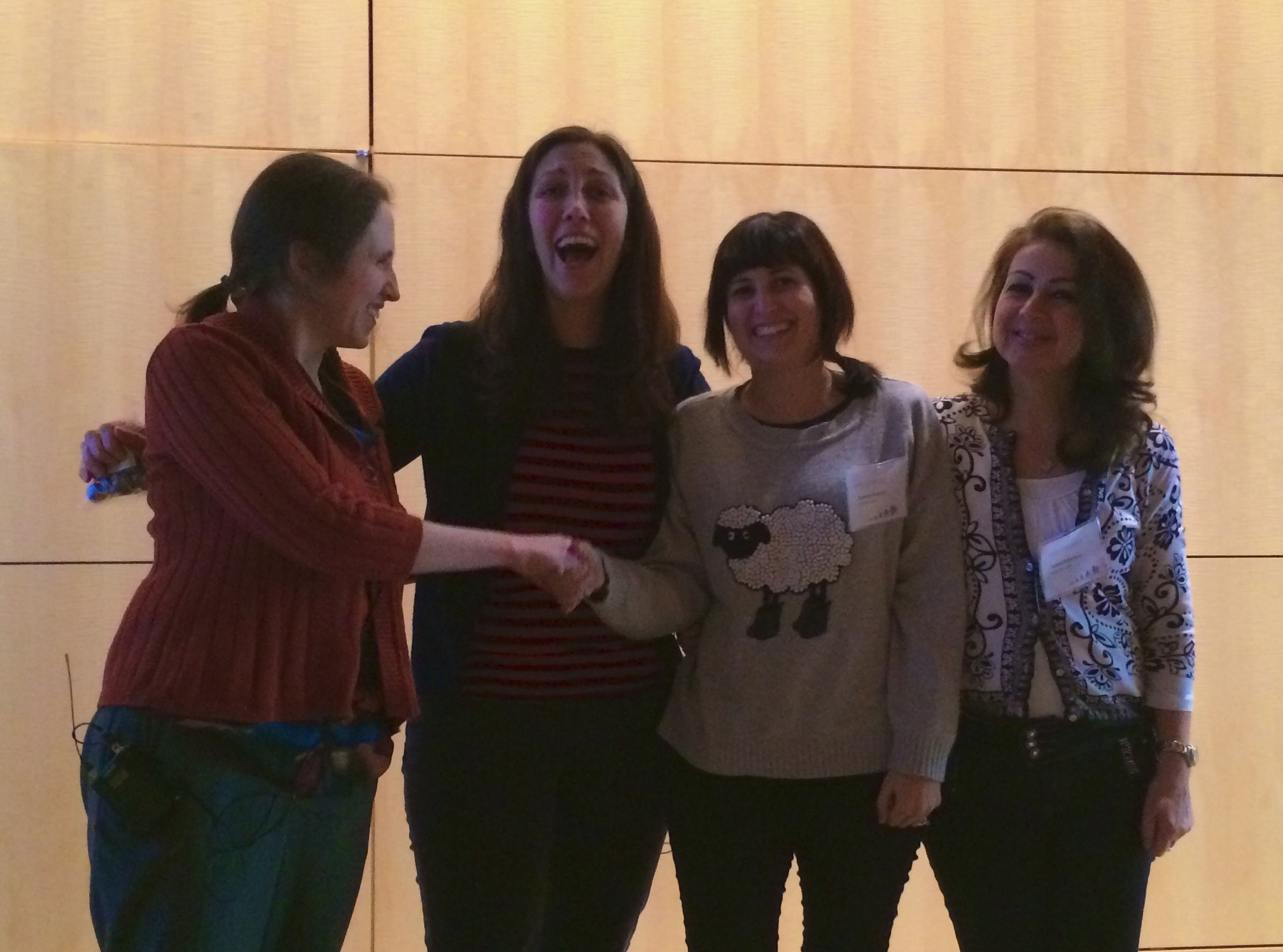 They were awarded departmental bragging rights and some nice prizes for their labs. Congrats to Sam Schilit from the Gray lab who won a trip to Washington, DC to join pgEd at our upcoming Congressional briefing on March 19th. 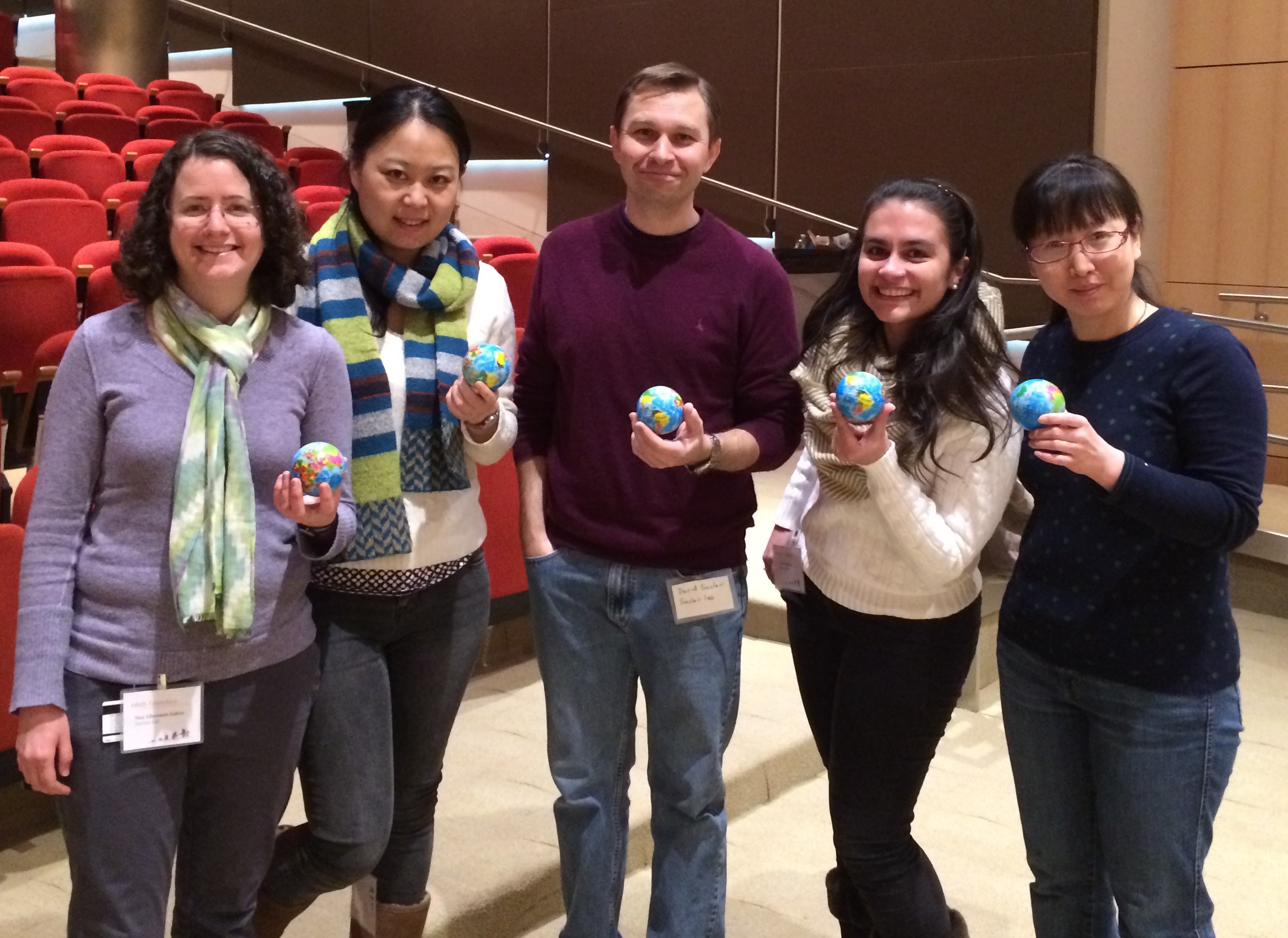 But the biggest winner in our minds is what these 18 teams did as a group for raising public awareness. In just 2 weeks, the teams brought in more than 5,200 pins to the map (and, we suspect, they had a lot of fun doing it). Our hats off to all who participated!

What’s next for Map-Ed? It’s still in the works, but we’re thinking more competitions, perhaps in schools, libraries, and beyond. Stay tuned! 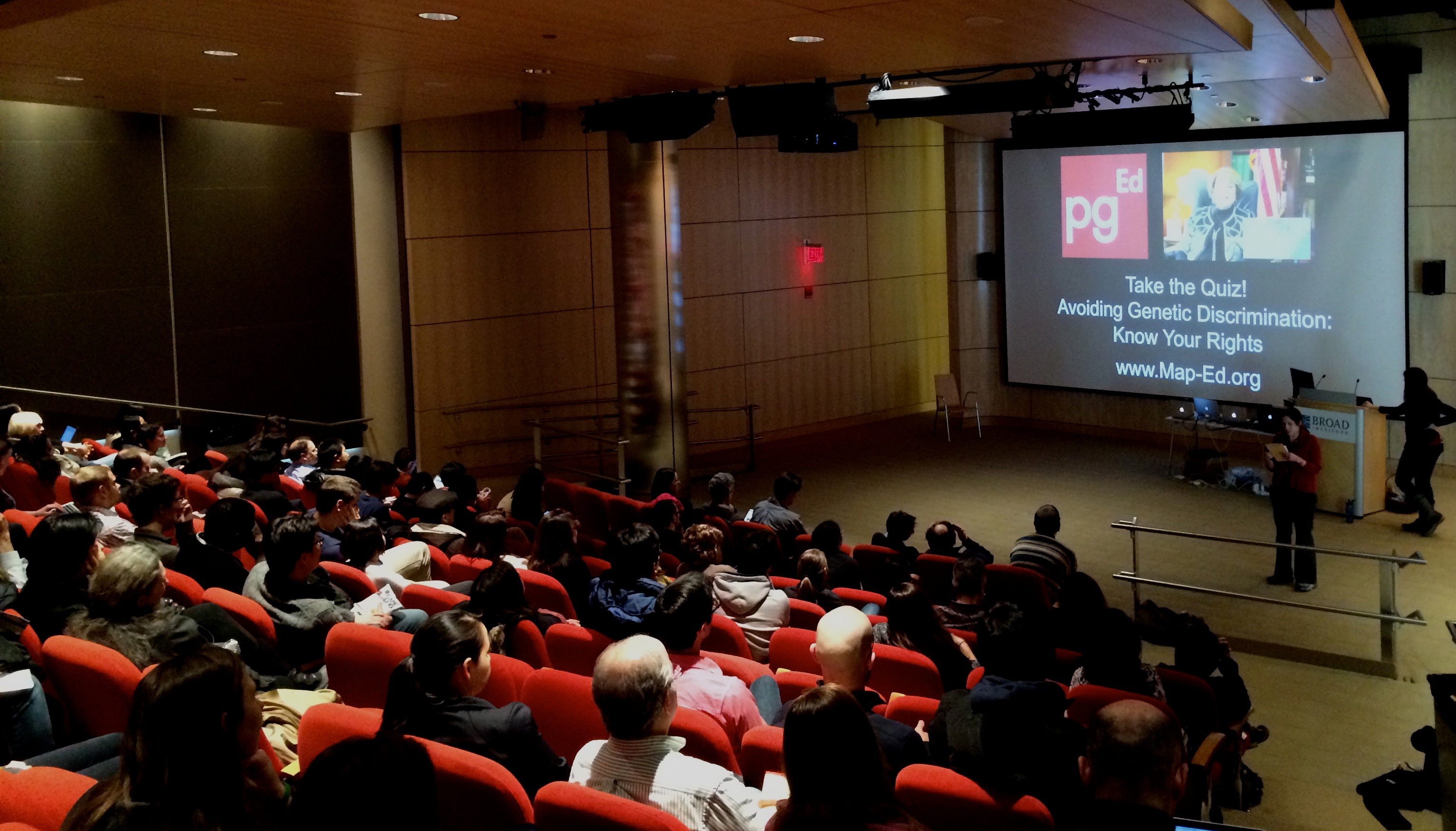