What is personalized medicine?

Personalized medicine, also referred to as precision medicine, holds great promise to improve healthcare. According to the National Cancer Institute, personalized medicine integrates “information about a person’s genes, proteins, and environment to prevent, diagnose, and treat disease.” As the cost of genetic analysis decreases and research advances, it is becoming increasingly possible to include a person’s genetic make-up in the repertoire of tools that inform his or her healthcare. Realizing this vision presents a number of challenges, and much research is needed. Still, there are already a number of success stories that illustrate the potential for improving people’s health. For example, personal genome sequencing has been used to diagnose children with rare conditions when other approaches have failed and has been applied in efforts to predict a person’s susceptibility to a medical condition. In addition, a growing number of medications are prescribed based on a person’s genetic make-up, and new drugs are being developed to target subsets of certain diseases that are defined by the presence of specific genetic variants.

The stories of Nic Volker and the Beery twins have drawn much attention to the potential for personal genome sequencing to advance healthcare. Nic Volker is the first child to receive a diagnosis and successful treatment as a result of genome sequencing. Nic, now thriving, had been terribly sick with a rare, undiagnosed medical condition and endured over one hundred surgeries by age 4. A portion of Nic’s genome was sequenced to look for a genetic mutation that caused his illness, which led to a diagnosis and pointed doctors towards a treatment. The Beery twins, Noah and Alexis, were misdiagnosed with cerebral palsy as babies. Years of medical treatments, mysterious symptoms and a search for answers ensued. After having their genomes sequenced as teenagers, they were accurately diagnosed and successfully treated.

How might personalized medicine change how drugs are prescribed?

Another way that genetics can contribute to disease treatment is for identifying medications that will be most effective with minimal side effects. It is estimated that nearly 70% of Americans take at least one prescription medicine, and there are many questions about the risks of medications that are overprescribed, underused or given to people for whom the drug is not working as hoped. Traditionally, when prescribing a medication, a doctor may take into account a patient’s age, weight, and kidney and liver function, and then wait to see how the patient responds. A more personalized approach would also include looking at genetic factors that might add a crucial layer of information about how a person is likely to respond to a drug – an approach known as “pharmacogenomics”.

According to the National Institutes of Health’s Genetics Home Reference, “this relatively new field combines pharmacology (the science of drugs) and genomics (the study of genes and their functions) to develop effective, safe medications and doses that will be tailored to a person’s genetic makeup.” Using genetic tests, doctors can look for genetic variants that influence how quickly a patient’s body can break down or metabolize certain drugs, which could affect whether they experience side effects or even a fatal reaction. For example, warfarin (also known as Coumadin and several other brand names) is an anticoagulant used to prevent blood clots. It is widely prescribed and effective, but its dose may need to be adjusted based on genetic markers that influence a person’s metabolism in order to minimize side effects. While pharmacogenomics may help reduce the risks of medications, research is still ongoing to determine if genetics-informed dosing is safe and efficient.

Tailoring treatment to an individual’s genetics

A major goal of personalized medicine is to develop or identify treatments, for diseases such as cancer, that are targeted to the genetic make-up of specific patients. In recent years, a number of medications have been developed to treat subsets of patients with conditions such as cystic fibrosis or Duchenne muscular dystrophy. These patients have particular genetic variants targeted by the drugs. While most of these drugs do not cure the diseases, they do provide hope to patients for better quality of life. Great strides have also been made in developing cancer drugs tailored for patients with specific genetic mutations. For example, the drug Herceptin can be used to treat certain types of breast cancer, specifically those that make too much HER2 protein, and HER2 testing is now routinely performed in people diagnosed with breast cancer. Researchers are also exploring the possibility of finding treatments for multiple cancer types that are classified not by the organs from which the disease originated (e.g., lung, breast, pancreas), but by the genomic characteristics that they share. A national-wide clinical trial is now under way to test this approach, which will collect and perform DNA sequencing on cancer biopsies from thousands of patients.

Going forward, a number of challenges will need to be addressed in order for personalized or precision medicine to become widely applicable. While researchers are finding more DNA variants that differ between individuals with and without particular diseases, a lot more work is needed to verify these potential genetic links, and to work out how these genetic differences might contribute to disease. Developing genetically-targeted treatments is also difficult and expensive, and some of these treatments cost tens of thousands of dollars. Many insurance companies are not covering the cost of the drugs or the genetic tests needed to identify the individuals who may benefit from such drugs. How to make sure that all patients, regardless of socioeconomic status, will be able to benefit from these medical advances, especially if they contributed to the research and development of these new treatments, will be an important and difficult question to be tackled. Finally, in order for personalized medicine to achieve its potential benefits, genetic studies must be inclusive of underrepresented communities so that the relevant genetic variants may be identified. But to fix the traditional bias in clinical medicine towards studying people of European descent, researchers will have to overcome distrust by these underserved communities that arose from a history of discrimination and abuse.

Rebecca Robins, “In the race to use genetic tests to predict whether antidepressants will work, science might be getting left behind” (STAT, September 2018)

Antonio Regalado, “Should We Sequence the DNA of Every Cancer Patient?” (MIT Technology Review, June 2016)

David Kroll, “Why Codeine is Dangerous in Some Kids after Tonsillectomy” (Forbes, February 2013) 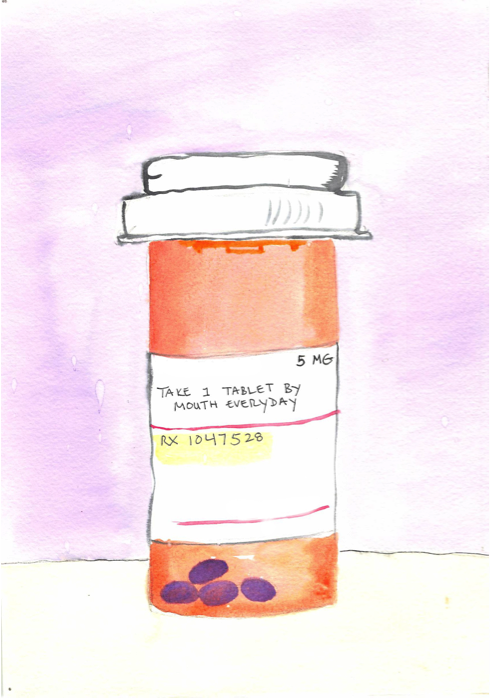 Personalized medicine, also referred to as precision medicine, holds great promise to improve healthcare. As the cost of genetic analysis decreases and research advances, it is becoming increasingly possible to include a person’s genetic make-up in the repertoire of tools that inform his or her healthcare. This lesson asks students to delve into the hopes and challenges of personalized medicine and to consider the practical applications of genetic analysis in medicine.